This article is the first of a series of 3 where I'll write about the Cloud Load Testing with Visual Studio Online.

In this first part I'm going to talk about simple load tests execution, directly using the using the VSO portal.

Introduction
Before to start with the Cloud Load Test execution, it's important to specify a couple of aspects:


That said, let's see how to setup and execute those Load Test with the Visual Studio Online web interface.

The start
First of all, you have to log in into your VSO web portal and click on "Load test" on the main dashboard's menu. 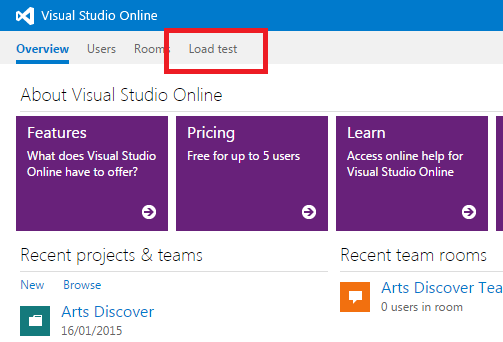 Atfer that, it shows the settings page. How you can see, it's a single form: the available settings are a bit limited but more than sufficient to do a generic load test over our app. 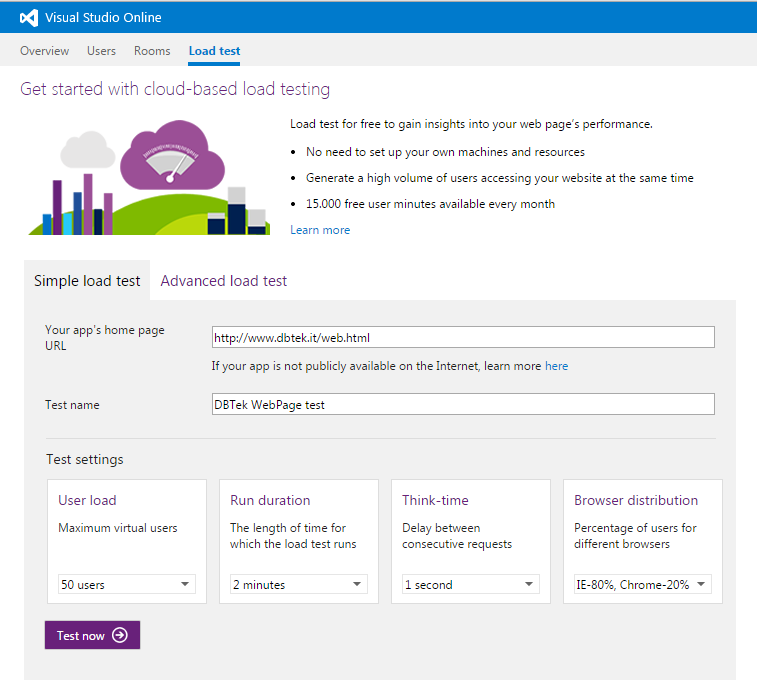 The first parameter to set is the url of the page to test (it's not possible to execute a multi-step load test from this interface) which can be the home page or, like in the example, what page you want. The only constraint is that the page must be accessible on the internet without credentials.

The second value to insert is the test name: it a free text, useful as reminder.

Below of these params there are other 4, named "Test settings", useful to better set up the key aspects of the load to apply.


Setted up these setting, just click on the "Test now" button to start the test.

Test execution
But what happens when you start the test?
Visual Studio Online creates an on demand virtual lab in some Azure datacenter and configures the test agents on the VMs, with the given settings:

As soon as the lab is ready and configured, the test starts. The agents start to generate traffic to the given url and the results are posted back to our browser in near real time. In this way we can have a preview of the test outcome. 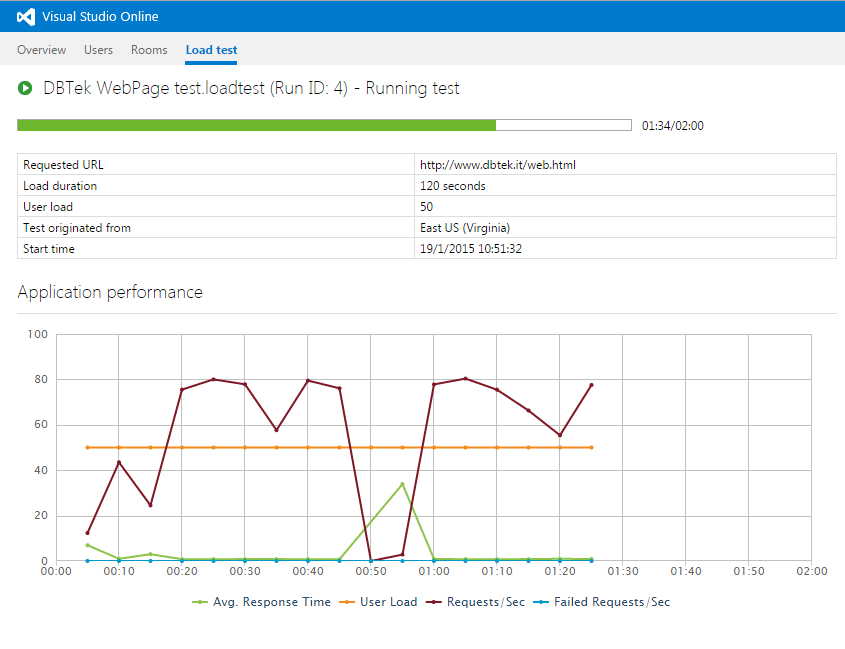 In the image we see, i.e., that at about 50 seconds there is a "hole" in the request per second that the site was able to manage, associated with a huge increase of the response time. Using these data we could start an analysis activity over our application or our infrastructure to understand why and where this anomaly happened.

Results
When the test completes, we are given the results and the achieved performances.
Near the chart we have seen before, we have a couple of other informations.

After the response time, there is the number of total requests done to the web app.

Finally, there is an indication of any requests that are not completed successfully or generated an error on the application.

Below these values there is also a table with the eventual errors.

In this example we don't have errors, but if they had occured we'll find them with the generic cause, the specific type and the given error message.

Conclusions
This kind of Load Test isn't the most complete we can do but it's however sufficient if we want to have some info about the performances and the load managed by our application
Moreover, the setup of these tests is extremely simple and in a while you can have a huge number of useful info.